The Exponential Impact of a Perseverant Leader: A Tribute 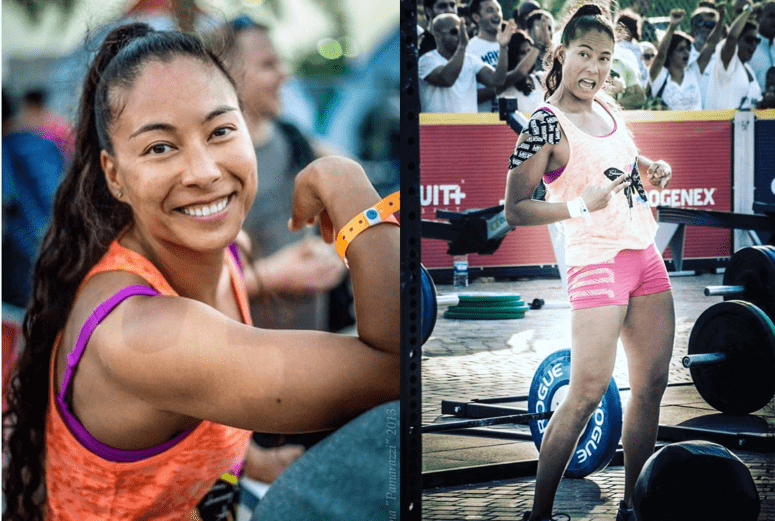 Last month I lost a good friend, classmate (twice), and source of inspiration, Susan Galich. Over two years of fighting through chemotherapy, radiation, and other intrusive forms of treatment, Susan died of pancreatic cancer. I deliberately use the word “over” rather than “after,” because she never stopped fighting.

Susan was many things. She was a West Point graduate and Army Lieutenant Colonel who completed three combat deployments. She completed several full Ironman Triathlons despite being an average swimmer and biker. She was a qualifier and competitor at the World CrossFit Games. I remember her as a consistent champion of women and minority equality, both inside and outside the Army. But, most of all, she was a fighter… and she consistently challenged herself and inspired others to raise their own expectations for what they could achieve.

Susan had that effect on me. In 2007, I was in life transition. I just returned from 13-month Iraq deployment to attend graduate school at Columbia University. However, it was a low point. I was having second thoughts about giving-up the chance to be in the Army’s Special Operations Aviation Regiment. My wife and I were having marital challenges, and I was a little lost regarding what I was doing and where I was going. Frankly, I needed a source of inspiration.

At Columbia, Susan and I were reunited as classmates. We took nearly every course together and discovered that we shared a love for triathlon. I had a conservative 5-year plan to complete an Ironman Triathlon. Susan took the bold approach, as she always did. She had completed Ironman Arizona in her first year of competition, just before starting at Columbia. She had not ‘knocked it out of the park.’ In fact, she had only beaten the bike-to-run disqualification time by five minutes, and finished in over 15 hours – more than six hours after the female winner. But, she was ecstatic about the experience. The gloryof persisting through 15 hours of adversity, pain, and uncertainty to cross the finish line was as good as winning. She had accomplished something that she was unsure she could do just earlier that morning.

I admired her achievement greatly, but held firm on my 5-year plan. In truth, my 5-year plan might as well have been a 50-year plan. I had no intention of putting in the 5-months of 2-a-day training sessions required to complete a 140.6-mile Ironman course. Susan called my bluff every day. She would remind me that I was capable, and that through training I would discover a new level of ability I had not yet uncovered. On Monday, July 30, 2007, Susan skipped a day of classes and drove through the night to Lake Placid, NY to register for the 2008 USA Ironman Triathlon. In those days, first time registrants had go in person, waiting in line for hours for a chance to pay $600 and register. She tried to convince me to go. I used the excuse that I did not want to skip class. Between morning classes, she called me from Lake Placid. She had registered, and since I had a gender neutral first name (Murphy), she could probably register me as well. But, I had to tell her first not to. She pep talked me into agreeing to do something I would have never done myself. I remember telling her “Susan, I’ll pay the money but I am not sure this is something I am going to be able to do.” She responded with no hesitation “That is how you know it is worth doing!”

Over the next year, we trained, not always together physically, but spiritually — trading workout routines and stories of bonking on long bike rides. Failure to follow through was not an option. Susan was going to hold me accountable until I started holding myself accountable. In May, 2008 I finished the Burlington Marathon in 3:08:58, fifteen minutes better than my previous best time. I qualified for the Boston Marathon, a goal I previously considered unreachable. On July 27, 2008, I ran into Lake Placid Olympic Arena alone, to the roar of a rock concert-like crowd, and an announcer screaming “Major Murphy Caine of Highland Falls, NY… YOU are an Ironman!” It was one of the most rewarding moments of my life. I had finished in 10:56:11, two hours better than my goal, and only four places from qualifying for the Ironman World Championships. Susan beat her goal time as well.  I will never forget having breakfast the next morning with our family members and thanking her. I viewed myself in an entirely new way. I was mentally tougher. I was focused on being even better. I was going to qualify for the 2009 Ironman World Championship.

That next year I was all in. I came back to Lack Placid ready to go under 10-hours, and was on track through the first half of the race. But at mile 58, my bike shifter cable broke. I was locked into a fixed gear, unsuited the Adirondack Mountain course. I had to turn around and ride back into a Lake Placid bike shop. It took two hours for the shop to fix my bike. I was devastated. I wanted to quit. But I knew that Susan was out there somewhere on the course. She would never have quit. So, I kept going, eventually finishing 80 minutes SLOWER than the previous year.

My wife and I tracked Susan’s race splits. Her times suggested that she was struggling as well. At 11:00pm, my wife and I went back out to the last mile of the race course to look for her, and sure enough we found her. We watched her shuffle her way to the finish, just 20 minutes prior to the 17-hour time cutoff. However, she was as proud of her effort as she was of her time the year before, because of the adversity she had overcome. That was Susan.

My experience with Susan was extraordinary, but not unique. She had a similar influence on so many people. She was that type of leader. Over the last few weeks I have been thinking about how we can all bring ‘more Susan Galich’ to our own leadership approach. Three thoughts come to mind:

1. Help raise your colleagues’ perceptions of their own abilities. Take the time to have 1:1 conversations with those around you. Enthusiastically point out their unique strengths. Help them envision how they could leverage those strengths to achieve even higher, more rewarding goals.

2. Share the journey & be vulnerable. Take on tough, personal challenges where your success is uncertain. Openly communicate your goals and your setbacks along the way. These interactions inspire others to challenge themselves in similar ways. Too many leaders want to hide their failures and struggles from their subordinates. This is a huge mistake. Vulnerability inspires followership.  Remember, even the Greek heroes had a flaw to overcome… it is okay for you to have one or two as well.

3. When the chips are down, voice optimism and keep fighting! No one wants to share a foxhole with a pessimist. Inspiring leaders experience failure (sometimes frequently) but they are never defeated.

In 2016, Green Peak Partners published a Harvard Business Review study on what CEOs traits were most predictive of success. Of all the factors we evaluated, three come to the forefront: the ability to recruit and build high-performing teams, intellectual integrity/transparency, and the resiliency to pull their company through times of crisis. There are a limited cadre of leaders who can stay strong and persevere through organizational turmoil, and even fewer that grow those traits in others. In my mind, when I visualize the archetype of that leader, I see Susan Galich… and I always will.